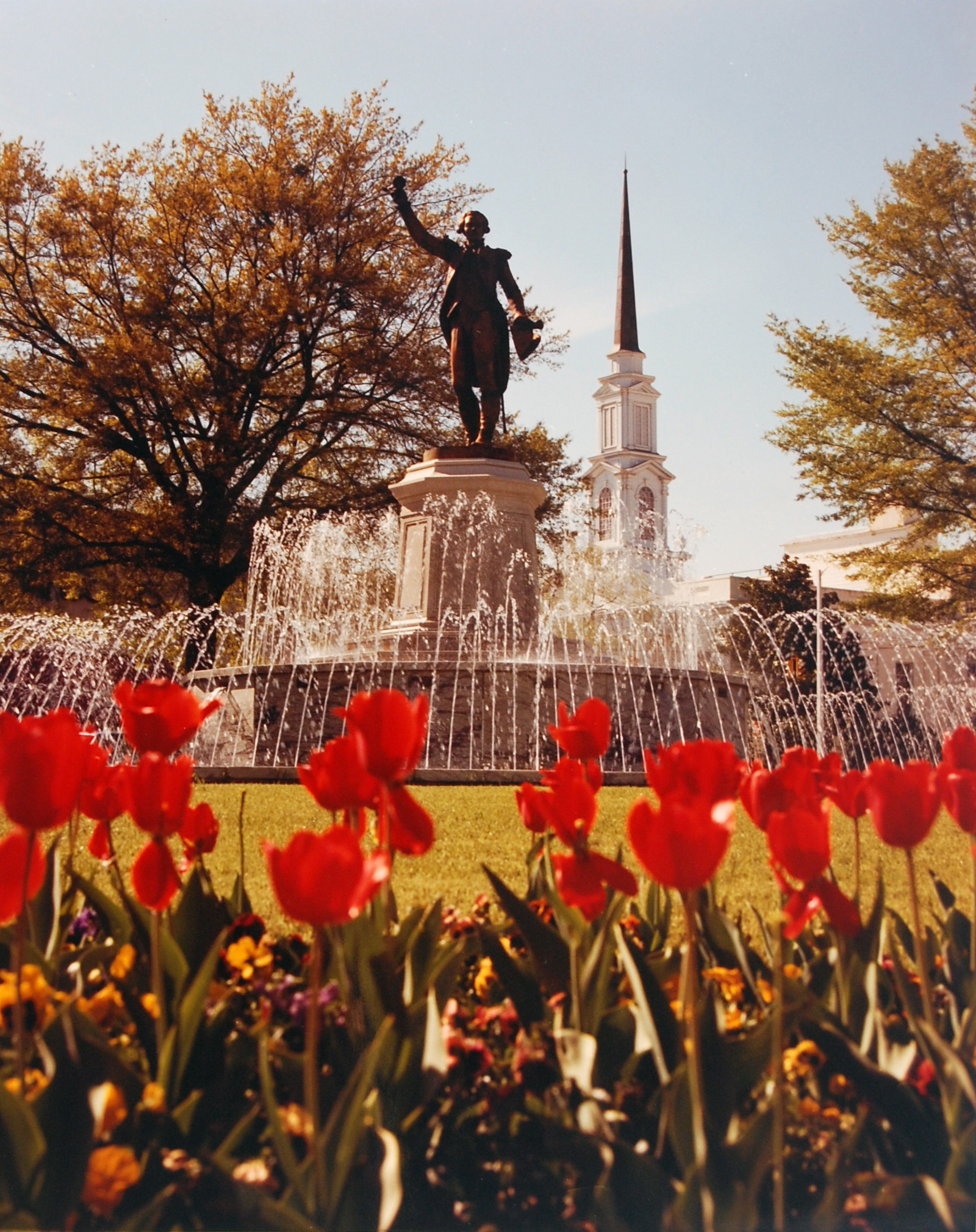 "This collection of materials about the Marquis de LaFayette was given to Dr. Waights G. Henry, Jr., for LaGrange College by Dr. Leland D. Case, of Tucson, Arizona, who is a friend of Count Louis de Lasteyrie and of Count Rene de Chambrun, both descendants of LaFayette.

This gift resulted from Dr. Case's friendship with Dr. Georges de Bone, Associate Professor of Modern Languages at LaGrange College, and was made because LaGrange was named for the country estate of LaFayette, located about thrity miles from Paris."

LaGrange, Georgia town square with statue of LaFayette.  The statue itself belongs to LaGrange College, but is on permanent loan to the city of LaGrange.

LaGrange, Georgia,  the seat of Troup County, is located approximately sixty miles southwest of Atlanta in the foothills of the western Piedmont. According to the 2000 U.S. census, the city's population was 25,998. The downtown street plan, covering the original 202.5 acres of the town, is basically unaltered from that laid out in 1828 by the county surveyor, Samuel Reid, though the city now encompasses some twenty-nine square miles. The central point, now a public square with a fountain, was home to the county courthouse from 1828 until 1936. The park was named LaFayette Square in 1976 after a statue of the Marquis de Lafayette, a French aristocrat and American Revolutionary hero, was placed on a pedestal in the fountain. LaGrange was named at the suggestion of Colonel Julius Caesar Alford (known as the "War Horse of Troup" in Congress), who in 1825 overheard Lafayette remark on the similarity between the west Georgia countryside and LaGrange, his wife's estate in France.

Photo and text Courtesy of:  http://www.georgiaencyclopedia.org/nge/Article.jsp?id=h-779